For in depth and detailed expert information on the Huelva region of the Costa de la Luz, look no further…

The Golf Travel People have been visiting the Huelva area regularly since 2004 and through this time have developed an intimate knowledge of this historic and beautiful corner of Spain – which prior to the early 2000’s was a true “hidden gem” and undiscovered by many travelling golfers.

If this is your first time in the Huelva area, then welcome… and if you are visiting again – welcome back!  You are sure to find plenty to see and do, but if true relaxation is your aim then you have definitely come to the right place!

Location Map of Huelva in the Costa de la Luz

When to Travel to Huelva in the Costa de la Luz 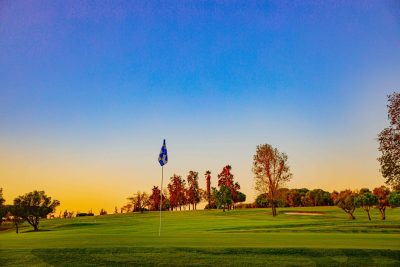 Booking a golf break in the Huelva area of the Costa de la Luz is a great option if you are looking for a warm weather golf break.  For most visiting golfers, the superb climate of this sun-kissed region in the far south-western corner of Spain is the main attraction and this leads to excellent playing conditions all year around.

It’s very name translates as the “Coast of Light” and with some of the longest daylight hours of anywhere in Europe the Costa de la Luz allows visitors to enjoy their golf and other outdoor pursuits to the maximum at all times of the year.

However, high season for golf in the Huelva region of the Costa de la Luz is from March to May and then again from mid-September to mid-November each year when playing conditions are considered to be at their very best. 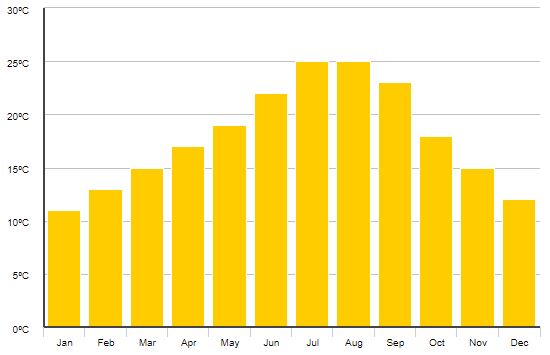 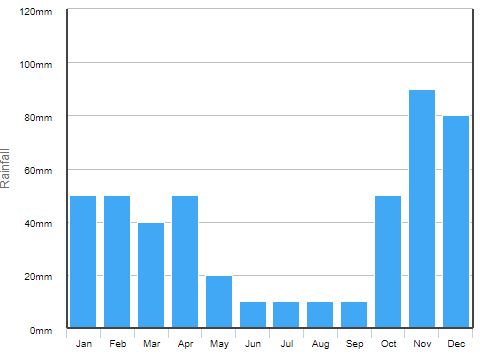 Top Tip from Andrew at The Golf Travel People 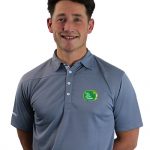 “Although the spring and autumn months are the most popular travel months for a golf break in Huelva Costa de la Luz, we have experienced great golfing weather in the region right through the winter – including December and January!  Obviously travelling at this time of the year can be a little less predictable weather-wise, its not unheard of for the mercury to hit 20+ degrees in the middle of the day… although early mornings can be a bit chilly sometimes.

If you prefer a bit more heat in your golf, then the summer months can be a very acceptable golfing climate as the cooling Atlantic sea breezes keep the coastal golf courses a bit cooler than some other areas.

Check out the full details of the long daylight hours in Huelva here.”

For most visitors, a flight to the Huelva area will be required, and although it has been discussed by the local government in the past the area is not yet served by its own airport.

However, access to the region is still very easy as one of Europe’s most popular holiday airports – Faro in Portugal – is less than an hour’s drive from Huelva Costa de la Luz.

In the unlikely event that you cannot source a flight to Faro, then Seville is a similar distance from the golf resorts on the Huelva coast, with slightly more distant gateway airport options to Huelva are also available at Jerez, Gibraltar or even Malaga Airports.

Most visitors to the Huelva Costa de la Luz region do arrive via Faro Airport and access to the coastal golf resorts is very easy via the main East-West motorway that connects the Algarve via Huelva to Seville.

An advantage of flying to Seville instead of Faro is that the Spanish motorways from Seville to Huelva is free to use, whereas the Portugal motorway system has a toll system – but the cost of the drive from Faro to Huelva is less than €10 in total for most vehicles.

Top Tip from Dan at The Golf Travel People 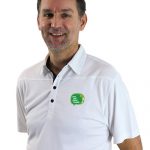 “I’ve been coming to the Huelva area for many years now and it is one of my favourite golfing destinations anywhere.  Renting a car is a great option when you are in the region as once you have landed at either Faro or Seville it is so easy to hit the motorway and be in the area very rapidly, so although airport transfers can be pretty cost-effective and quick, I certainly recommend renting a vehicle so that you can head out of your resort and explore some more of the area…” 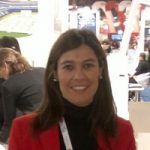 Our friend Alicia Diaz Conde from the Huelva Tourist Board recommends the following places of interest in Huelva Costa de la Luz: 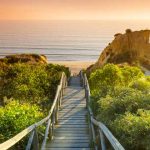 Doñana National park is World Heritage Site by Unesco and biosphere Reserve. A wild world of spectacular nature and light await for you in the live diamond that Doñana is. A wetland for migratory birds from Africa and Europe, has skies with imperial wings, lagoons that are nests, and mangers throughout marshes and live dunes wheres the birds roost at the break of dawn.

El Rocío on the edge of Doñana, home to is virgin “Blanca Paloma” (White Dove). Is where one of the most important pilgrimages takes place besides the marshes and wild horses. 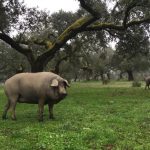 Jabugo route is a complete experience around Iberian acorn ham considered one of the three top gourmet products all around the world. Wonderful experience at Sierra de Aracena y Picos de Aroche Natural Park. A multitude of colours, flavours, aromas and feelings make our sierra a Paradise for the senses that one can not miss. 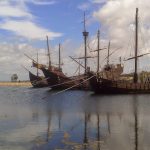 Here you can find the replicas of Columbus  vessels docked on the bank of the Tinto River: The two caravels Pinta and Niña and the larger Santa María. The vessels are moored on a semi-circular dock known as Muelle de las Carabelas (Caravel Wharf), in a setting typical of Columbian times.

Golf has been played and enjoyed in the Huelva region since the early part of the 20th century as it was first imported to the area by British miners prospecting at the Rio Tinto mines in the hills inland from the Costa de la Luz.  But it is only since the mid-1990’s that holiday golf has really gathered pace in the area with the development of a good selection of quality golf courses scattered alongside the sun-kissed beaches of the Atlantic coastline.  However, the oldest existing course is close to Huelva city at Bellavista Golf which is a traditional style members club close to the provincial capital and opened in 1916!

Since then many new courses have been built commencing in the mid-1990’s with the establishment of Islantilla and Isla Canela and their associated golf resorts, but it was the opening of the El Rompido Golf Resort in the mid 2000’s which signalled the start of the golfing boom in the Huelva area of the Costa de la Luz and with 2 on-site championship courses the resort quickly established itself as the flagship golf destination in the region.

More courses were added throughout the early 2000’s – including Nuevo Portil, La Monacilla and Costa Esuri (now Valle Guadiana Links), plus investment was also made in 2 other courses that unfortunately could not survive “el Crisis” following the 2007/2008 global financial meltdown.

So, overall golf in Huelva Costa de la Luz is in good health and with plenty of choice, good quality courses and really cost effective green fees the region is an excellent holiday golf destination…!

Top Tip from Jonathan at The Golf Travel People 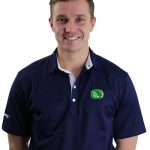 “The cluster of 5 golf courses between Cartaya and El Rompido includes Bellavista, La Monacilla, Nuevo Portil and the 2 El Rompido courses and is almost “a destination within a destination”.  With lovely beaches, small Andalusian villages, pine forests and excellent golf hotels and courses this compact area is my personal favourite in Spain.  Staying at either El Rompido or Nuevo Portil is a great option… contact us here at The Golf Travel People to find out more…”

The development of the Huelva Costa de la Luz area as a golf destination in recent years has resulted in some excellent hotel and accommodation options alongside the superb golf courses.

The most popular hotels for golf tend to be those that have their own on-site golf courses – such as Precise Resort El Rompido, Nuevo Portil Golf Hotel, the DoubleTree by Hilton Islantilla Beach & Golf and the Isla Canela Golf Hotel (see below for details) – but in addition there are some excellent hotels that do not boast their own golf courses but that are perfectly good options for a golf holiday in Huelva Costa de la Luz.

Here at The Golf Travel People we only offer products that we have personally inspected and are confident will suit the requirements of our most discerning clients, so you can be assured that all the hotels listed below offer a great golf travel experience in Huelva Costa de la Luz!

View more
One of
our Preferred Golf Resorts

The region of Huelva Costa de la Luz is located in the far south-western corner of mainland Spain between Seville and the Portuguese border at the Algarve.

What is the population of Huelva Costa de la Luz?

What is the nearest airport to Huelva Costa de la Luz?

Although Huelva Costa de la Luz does not have it's own airport, it is easily accessed either via Faro Airport in Portugal (only 70km from the border town of Ayamonte in Huelva) or via Seville Airport (103km from the city of Huelva).

Both Faro and Seville Airports are well served by multiple international airlines from all over Europe and beyond. Check out our flights page https://golftravelpeople.com/golf-holiday-flights/ to search for flights to either Faro or Seville from your preferred local airport.

What is Huelva Costa de la Luz famous for? 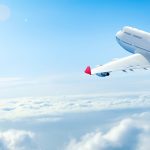 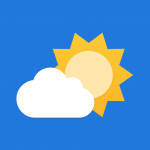 Huelva is blessed with an incredible climate – perfect for your next golf holiday!