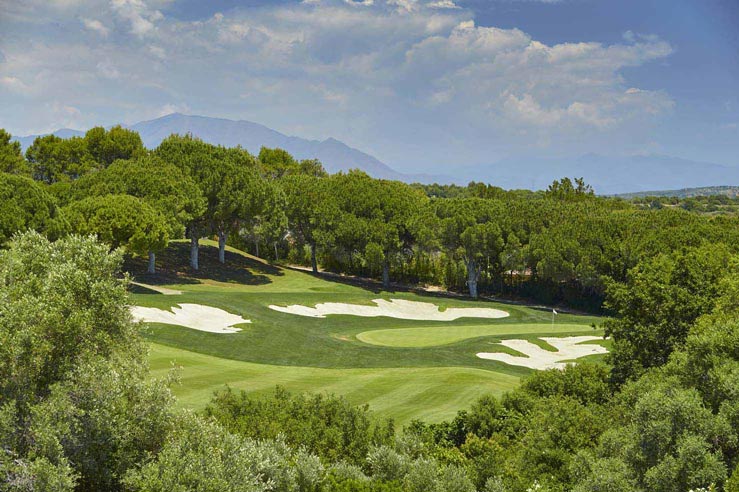 Many of the golf courses that we offer are considered “championship courses” as – on paper – they fulfil the exacting standards that this designation requires.  However, that does not necessarily mean that they are up to the standards demanded to host modern-day top level professional golf events on the European Tour or even the Ryder Cup and season-ending events like the World Tour Championships.

But the good news is that although travelling golfers are definitely welcome to play many of these “lesser” championship courses, they can also access the truly top-end golf courses that have deservedly been the venues of the highest level golf tournaments over the years.

Check out our guide below to see which golf courses we can offer that will give you that true championship golf experience!

Most golfers are likely to be well aware of the almost unrivalled pedigree of Valderrama as one of the world’s most challenging golf courses and whilst it has hosted many professional stroke-play events over the years, it is probably best known for the match-play Ryder Cup tournament that was hosted here in 1997.

Captained on home soil by Spanish golfing legend Seve Ballesteros the 1997 Ryder Cup was hotly contested by both teams and climaxed on the Sunday with the American team winning the singles matches 8-4, not quite enough to reel in the European team who had built a strong lead over the first 2 days of play – ending up with a 14.5/13.5 win for Team Europe.

Travelling golfers are welcome to play Real Club Valderrama with the best option being to use the Spain’s Finest offer which also includes buggies and a range of other excellent championship golf courses in the area.

The golf course at Real Club Sevilla Golf was designed by Spanish legend Jose Maria Olazabal and opened during the early 1990’s golf course construction boom in Spain.  Occupying a fairly unassuming piece of flat land to the south of Seville’s city centre the layout of the golf course is quite deceptive and proves to be a stiff test for golfers of all standards.

Always maintained in immaculate condition, you can follow in the footsteps of champion golfers like Paul Casey, Luke Donald and Soren Kjeldsen with a round of golf over the hallowed turf of Real Club de Seville.

The Jack Nicklaus “Signature” golf course at Montecastillo Golf Club was the 5-time venue of the season-ending Volvo Masters event and was won during that period by some of the European Tour’s best known names – Lee Westwood, Darren Clarke, Miguel Angel Jimenez, Pierre Fulke and Padraig Harrington.

Since 2009 the Dubai World Championship event has replaced the Volvo Masters as the season’s climax, but the glory days of the Volvo Masters at Montecastillo can never be forgotten as you play your round of golf here, with superb photographs and other tournament memorabilia in the clubhouse and various reminders of the event’s history dotted around this first class golf course in Spain.

Golf in Turkey has become well known around the world thanks in part to the exposure provided to the Belek/Antalya golf destination by top level professional events such as those hosted at the Antalya Golf Club.

The 2012 Turkish Airlines World Golf Final was well supported by many of the game’s finest players and the field included Tiger Woods, Justin Rose and Rory McIlroy among many other famous names and faces from world golf.

The flagship of the Dom Pedro Vilamoura golf courses, the Victoria course can appear quite unassuming from a distance, but once out there the humps and hollows, lumps and bumps of the fairways, the expansive water hazards, deep bunkers and huge undulating greens soon rear their heads and ask questions of most golfers.

Having hosted the Portugal Masters since 2007, Dom Pedro Victoria Golf Course should really have a higher profile than it does, but it shot to the golfing world’s attention in 2018 with the first ever sub-60 score of 59 to be carded on the European Tour by Oliver Fisher from England.  Pity the “poor winner” Tom Lewis – also from England – whose superb 22-under victory was somewhat overshadowed by the exploits of Fisher!

Although at the time of writing (September 2018) it has not yet hosted a truly major professional event, the Stadium Course at PGA Catalunya in Spain’s north eastern Girona area is sure to eventually benefit from the worldwide exposure that such an event will bring.

Already a 4-time European Tour venue and having additionally hosted the tour qualifying school on 6 occasions it is clear that the Stadium Course is indeed a worthy tour venue.

With perhaps the most challenging layout any of the Golf Travel People team have ever had the (mis)fortune to encounter, the Stadium Course at PGA Catalunya is a true golfing beast, so you had better bring your A-game if you want to come off the 18th with a smile on your face! 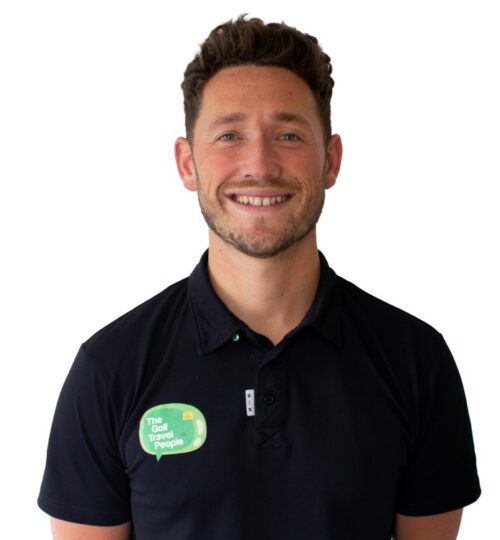 Andrew is The Golf Travel People's number 1 golfer - playing off a solid 4 handicap...!